I was Lead Visual Designer on the second redesign of HouseTrip. Along with two other designers we redesigned the first half of the funnel. I designed the homepage and Art Directed the overall visual design. I was later involved in a number of ongoing UI/UX iterations, A/B tests and projects across all pages. HouseTrip was acquired by TripAdvisor in April 2016. 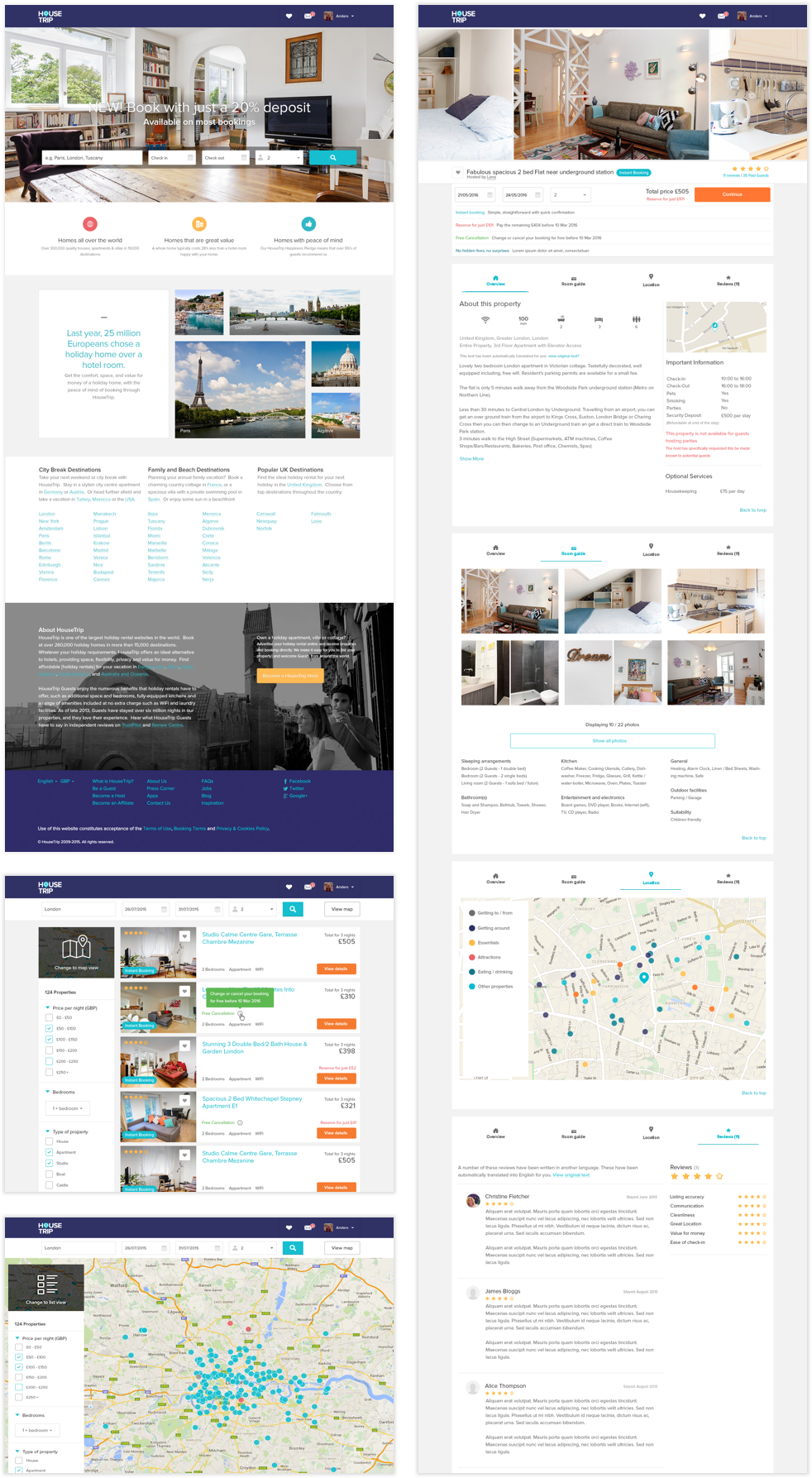 To improve the workflow for both designers and developers I created a Toolkit with the most common design and UI elements. This was later used as a base for an online front-end styleguide created together with our front-end developer. 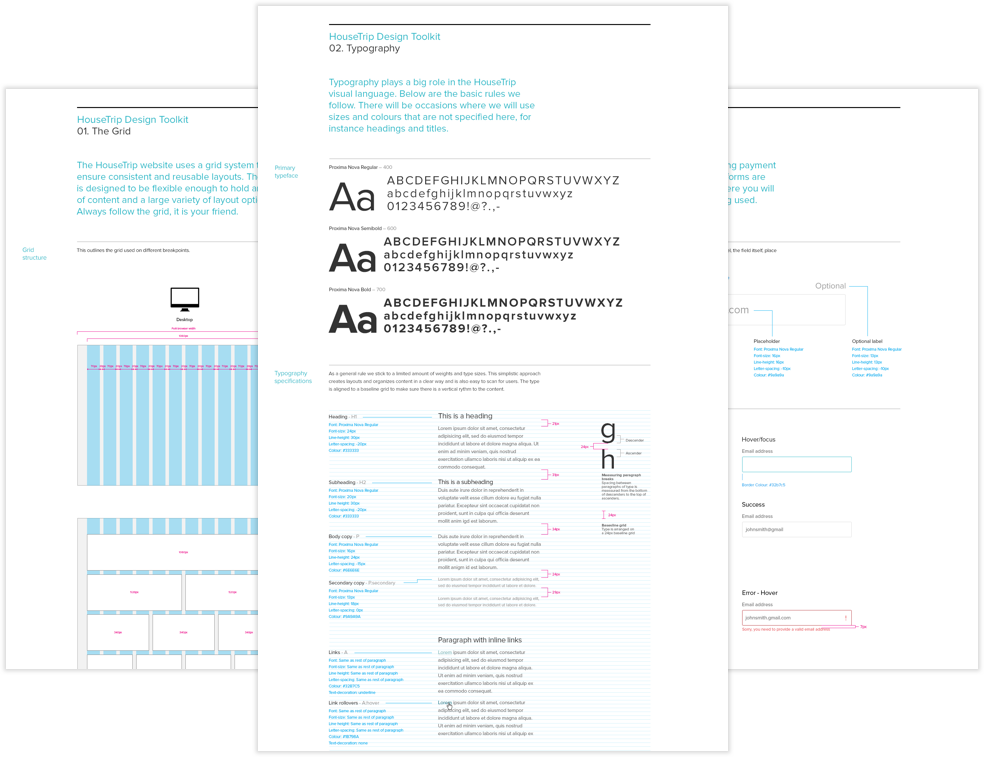 Some time after releasing the refreshed design for the web app we tackled the transactional emails. They were designed to be responsive, much more simplified in terms of content and more easily scannable. 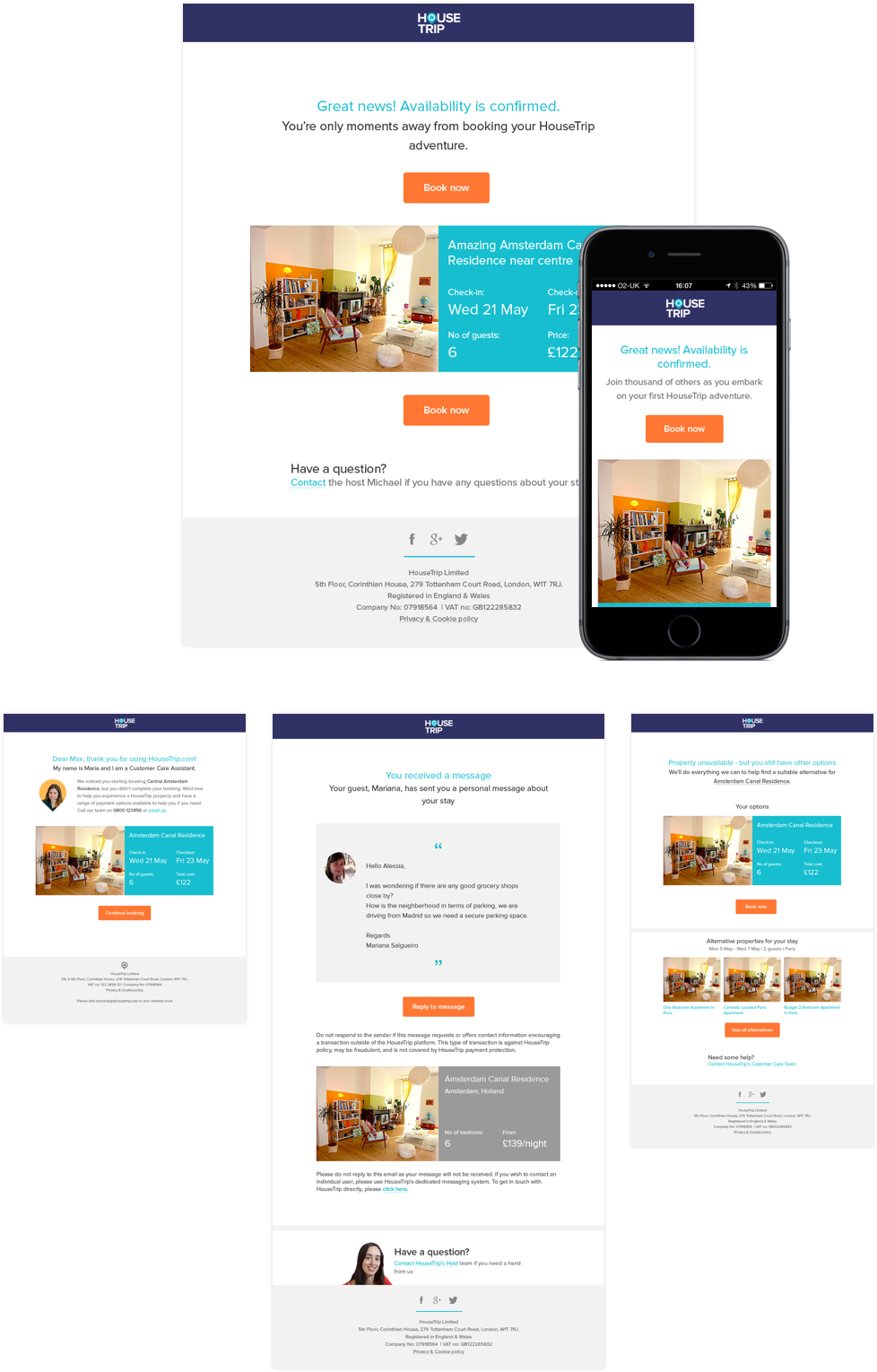 A number of landing pages were created for different purposes. Working with the Product Manager we created wireframes and came up with test plans outlining our hypothesises. I worked up hi fidelity designs that we tested and iterated on. 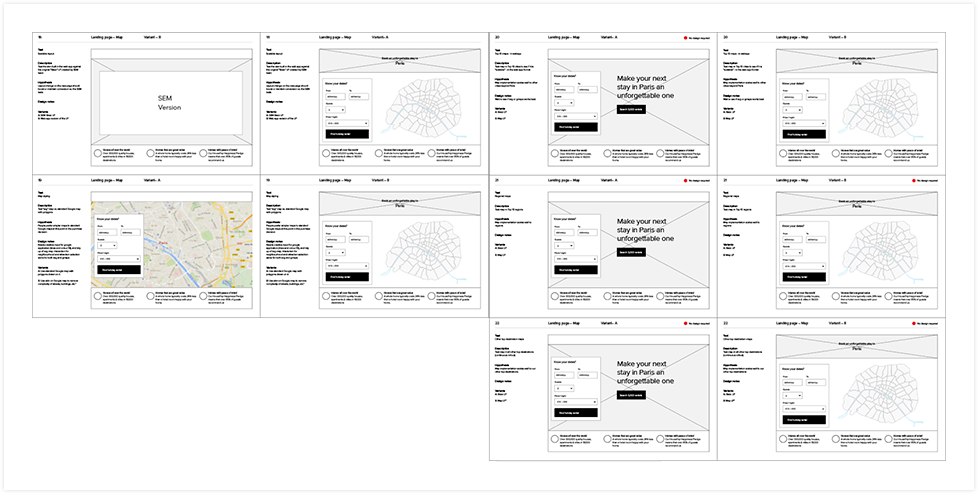 A number of variants were designed, built and itereated on. The outcome was a much improved conversion rate than previous landing page versions. 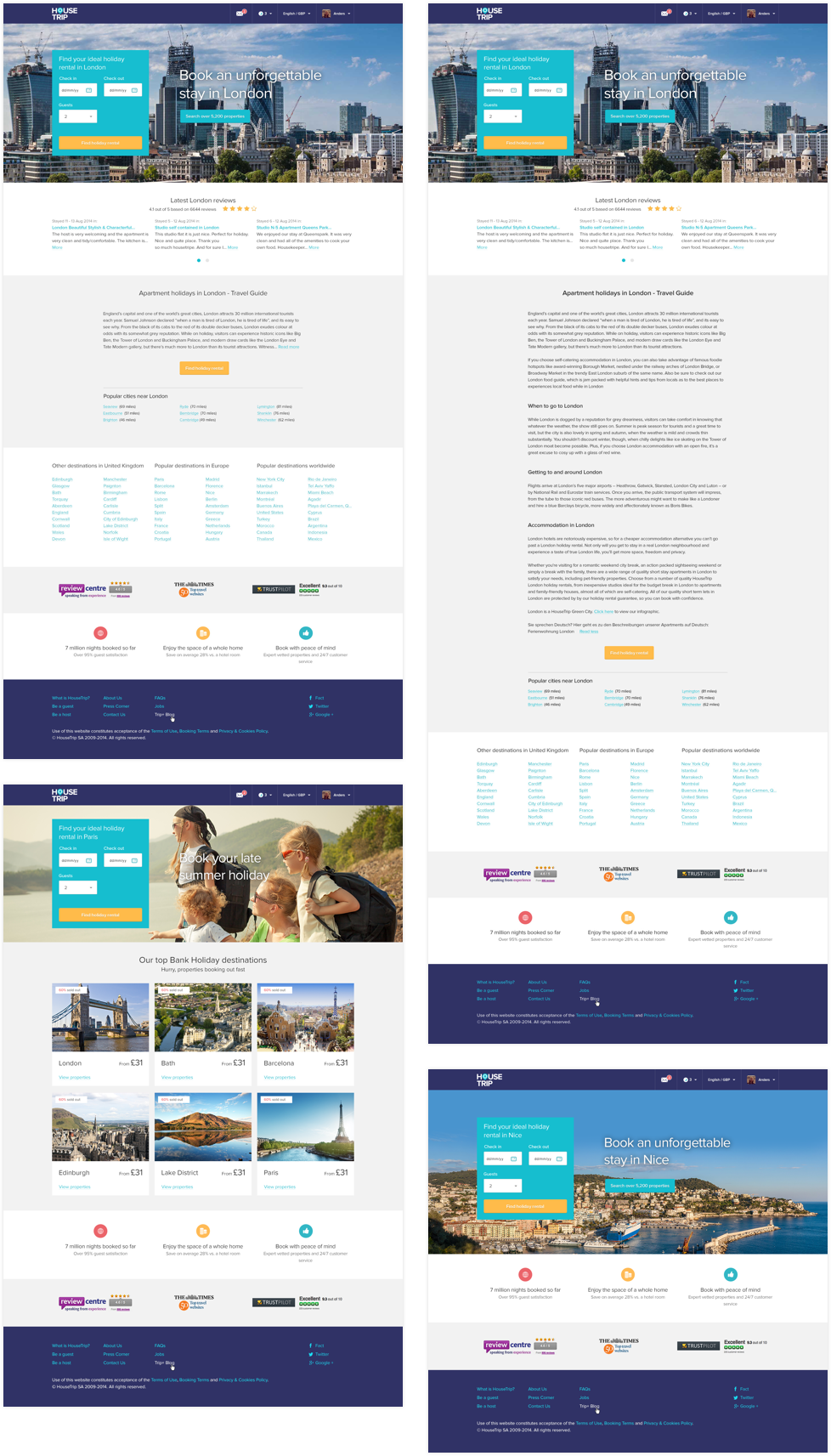 With increasing mobile usage the decision was made to make the checkout flow responsive. Due to time constraints it was mostly a case of applying the same UX but with a new UI to the existing pages. Later on we added some other features such as the ability to add free cancellation and split payment to bookings. 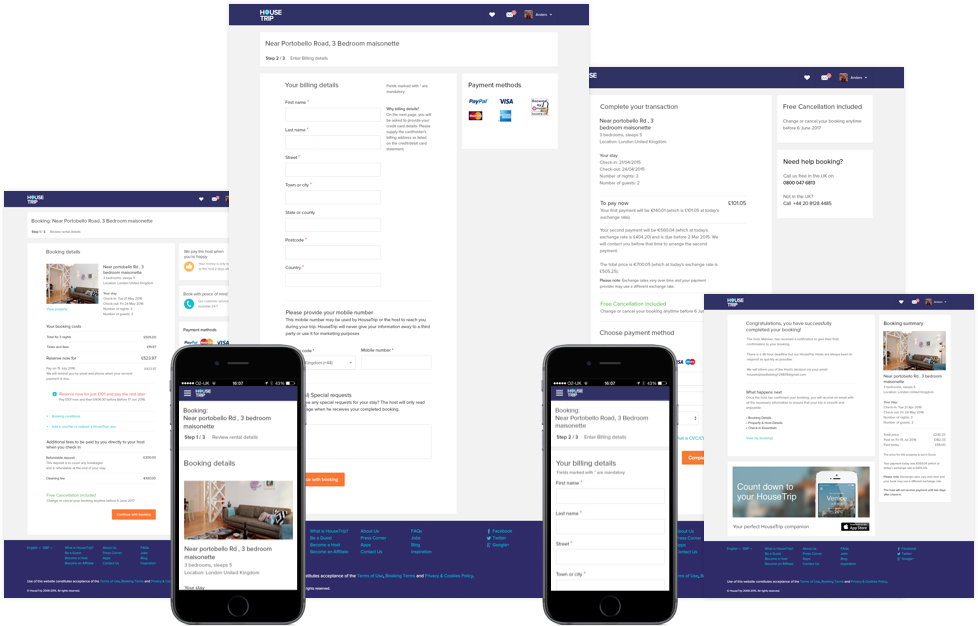